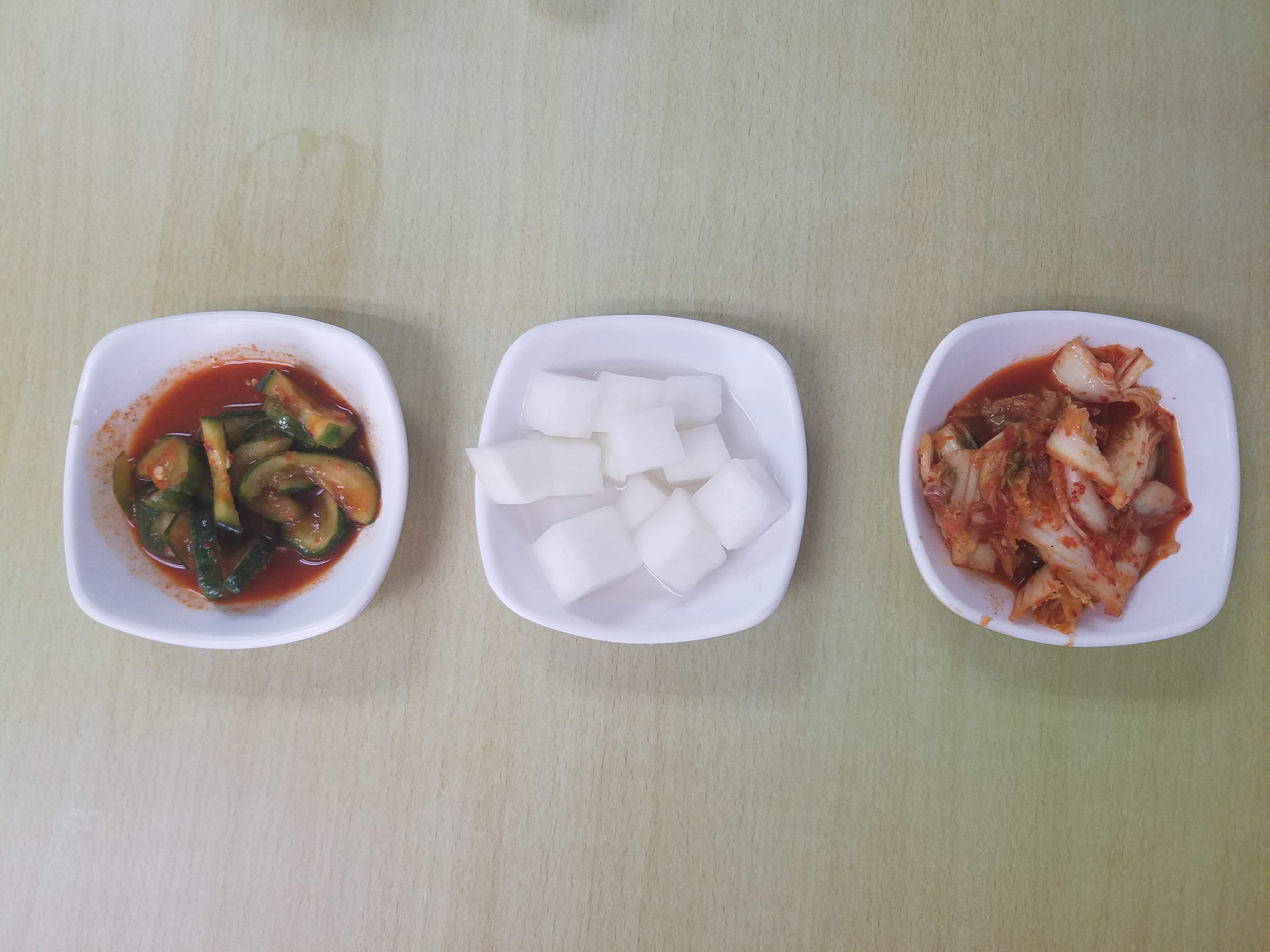 One thing I love about Beltsville is the numerous ethnic restaurants and mom and pop stores – Guatemalan, Caribbean, Vietnamese, and Korean, to name a few. I had wondered about Myoung Dong Noodle House for a while but a friend, fellow food lover, and Korean food connoisseur dissuaded me from going citing lack of cleanliness. So it was not until UberEats suddenly exploded, expanding to include a wide range of previously undelivering locations that I dared give this unassuming eatery a try.

Because it’s very difficult to mess up kimchi chigae (unless you’re me trying to cook it for the first time) and because kimchi chigae is the simplest and most basic Korean restaurant staple, that’s what I selected for my first order. Y’all. *pause for dramatic effect* This was The Best Kimchi Chigae I have ever had.

Since that first fateful delivery, we have ordered from Myeoung Dong a handful of times, and I always get the kimchi chigae. No need to venture out trying new items when it’s clear that kimchi chigae is where they shine.

More recently, we were out running errands and decided to dine in. Believe me we contemplated this for a while. We’ve had such good food on delivery, why mess it up by setting foot inside?

The restaurant is located in a small strip behind a CVS and near the second worst intersection in Beltsville (the Rhode Island intersection being the first. There’s another Korean restaurant there that’s good – Seoulia). The inside of Myoung Dong is small but the natural light from the front windows make it cheery as does the live greenery. It is also very clean or as clean as a restaurant with light colored carpet can appear.

I decided to order one of my absolute favorite soups – soondubu chigae (spicy tofu soup) – while my boyfriend ordered one of their box lunches.

The soondubuwas very good (and don’t worry, my egg did end up getting fully cooked once I submerged it under the hot, spicy soup), and my boyfriend liked the bulgogi box lunch. Our lunch ended up right around $20 which is an unbelievable price for such deliciousness.

Because the food was so good and because the inside of the restaurant exceeded our expectations, later that evening we ordered delivery. This, dear readers, is where it went terribly wrong. My boyfriend ordered the fish, and it was spoiled. Spoiled to the point that when UberEats delivered it, I could smell something sour. It even looked old and grey, which is a description I would typically reserve for not-good meat but the fish deserved it. Even the kimchi chigae I ordered lacked its usual vibrance.

Would I return? Would I order delivery from Myoung Dong again? Probably. After all, that was one truly terrible experience out of half a dozen or so stellar ones.