Palmetto Isla Holbox, Soul Sisters, and a Lot of Sun 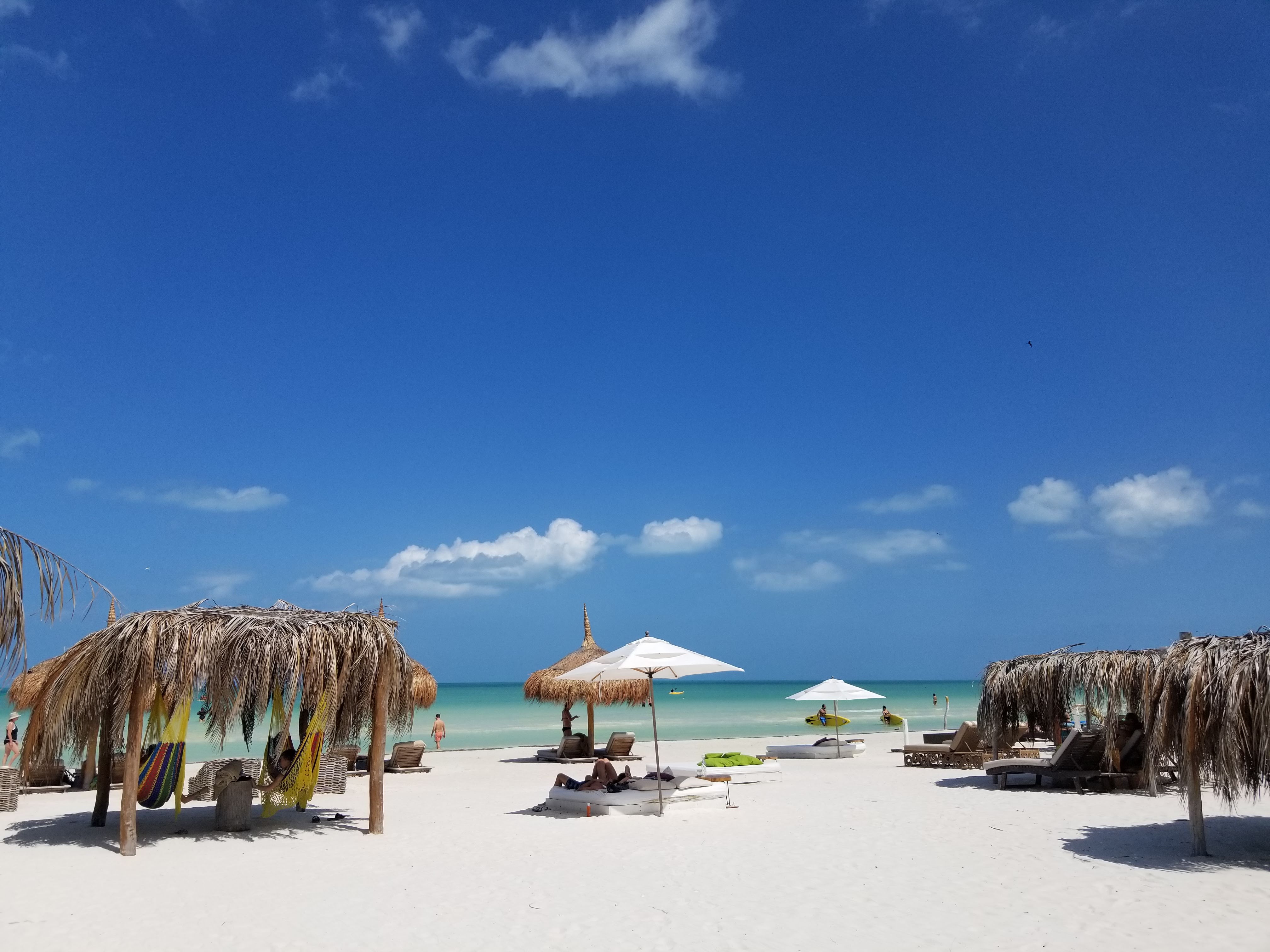 About a month ago my good friend Mia, who I met five years ago at math camp at the University of Michigan, invited me to a relaxing beach getaway on Isla Holbox. How could I say no? After traveling by land, air, and sea we arrived on Isla Holbox, a small island north of Mexico’s Yucatan Peninsula (you know, where the giant meteor struck triggering dinosaur extinction).

What immediately struck me about the island, in addition to there being no cars, was all of the beautiful hand painted murals and signs. The thoughtful artwork added to the natural beauty of the island, and with all the sand, sun, and relaxing sounds of the water, it was impossible not to feel at peace.

We arrived to our villa right before sunset. This was perfect timing because as we walked into town to scout out our dinner, we witnessed a beautiful sunset over the beach.

Rather than planning where we wanted to dine for our initial meal, I quite literally followed my nose until we ended up outside of El Chauplin, a restaurant with no menu but rather responsive to the catch of the day and chef’s fancy. Four increasingly delicious-sounding entrees were described to us – fresh white fish local to the area, shrimp, paella, and steak all perfectly paired with scrumptious sides and sauces. Mia had the local fish, my first thought, but after the chef described the paella I knew I could not say no. Both of our selections were divine.

Our first meal set the tone for the rest of our trip. Each day was filled with delicious food and lots of beautiful views from the beach.

With the exception of Palmetto Holbox, a fresh fruit smoothie stand on the beach not far from our hotel, we did not repeat any eateries- though we did attempt to try every gelato cart on the island.

The only other repeat we had was margaritas from our beach front hotel bar as we leisurely read our books. While I’m normally not a fan of the salted rim, the sal de gusano was the perfect pair to the tamarind and mango margaritas.

In addition to being known for its relaxing and slower paced island vibe, Isla Holbox is also known for its langosta, especially the langosta pizza. Mia and I had to try this local indulgence. A large langosta pizza and two glasses of merlotta, which we surmised was merlot with a lotta water, was a not-to-be-missed dinner. I didn’t think it was possible that we would eat the entire pizza ourselves but I should’ve known that between our hearty appetites for all things delicious that it would be devoured. In fact, there was even room for dessert afterwards.

All of the delicious restaurants were matched by equally tantalizing food carts – fresh mango, elote, crepes, marquesitas, and lots of gelato.

I could not have asked for a more perfect spring break vacay – good food, good reads, and great company.