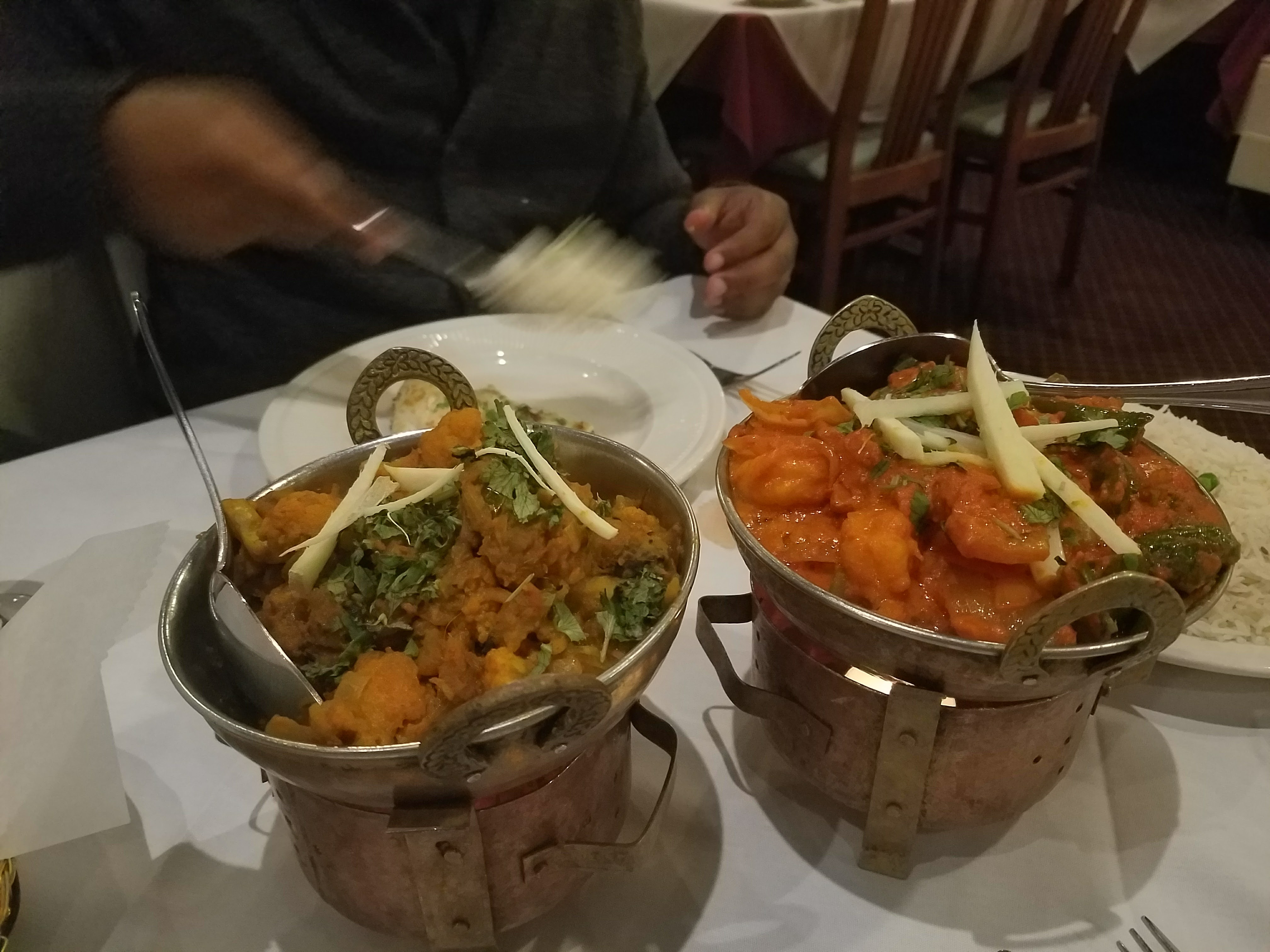 House of India is easily one of my favorite restaurants in Maryland. A couple years ago I had the unpleasant necessity of replacing a cracked windshield, and as luck would have it, I went to the Safelite in Columbia, which is right around the corner from House of India. Side note: The Safelite had terrible customer service not only to me but also towards other customers, which I witnessed the multiple times I was in the waiting area.

Though shelling out a couple hundred dollars for a new windshield is no reason to celebrate, finding a jewel like House of India is.

Why is House of India so amazing? I’ll tell you: First, the service. Their service is attentive and friendly. Second, the food. The flavors are robust and complex, and the preparation is perfect. Third and most importantly, the lunch buffet. Let me begin by saying that I am not really a fan of buffets – all those potential germs and oftentimes the lackluster food. But not here.

House of India’s lunch buffet has over a dozen offerings with rotating items daily. The dishes are always delicious. And, it’s extremely reasonably priced at under $15. Some items you’ll almost always find on the lunch buffet are: palak paneer (spinach with homemade cheese), aloo gobhi (cauliflower and potatoes), chana masala (chickpeas), dal (lentils), goat curry, samosa, cucumber raita, some type of biryani (basmati rice cooked with spices and including some type of meat), gulab jamun (a type of dessert), and masala tea.

Their lunch buffet is so good that recently my boyfriend and I went there for lunch with the misguided hope that they would open early (they don’t start lunch service until 11:30am. Like who does that?). We arrived at 11:00am and waited in the parking lot for the whole 3o minutes. (Sometimes they do let folks in early if the buffet is set up and ready.) On this day, in addition to its usual yumminess, the lunch buffet had bhindi masala (okra), which was amazing! While we originally planned to have lunch and then do some work at the Starbucks around the corner, after all of that delicious food we had the itis and had to go home to take a nap. Now that’s a good meal.

Lest you think the buffet is the only reason to visit House of India, I should mention that their dinner is also quite tasty and this is where their service really shines. Some of our menu favorites are: rogan josh (lamb), aloo gobi, dal, prawn pepper masala, and fish tikka. Everything we’ve had has been good except the naan. I don’t know what it is about their naan but I just do not prefer it. Give it a try though, you might like it.

Either way, whether it’s for lunch or dinner, if you’re in vicinity you absolutely must visit House of India.