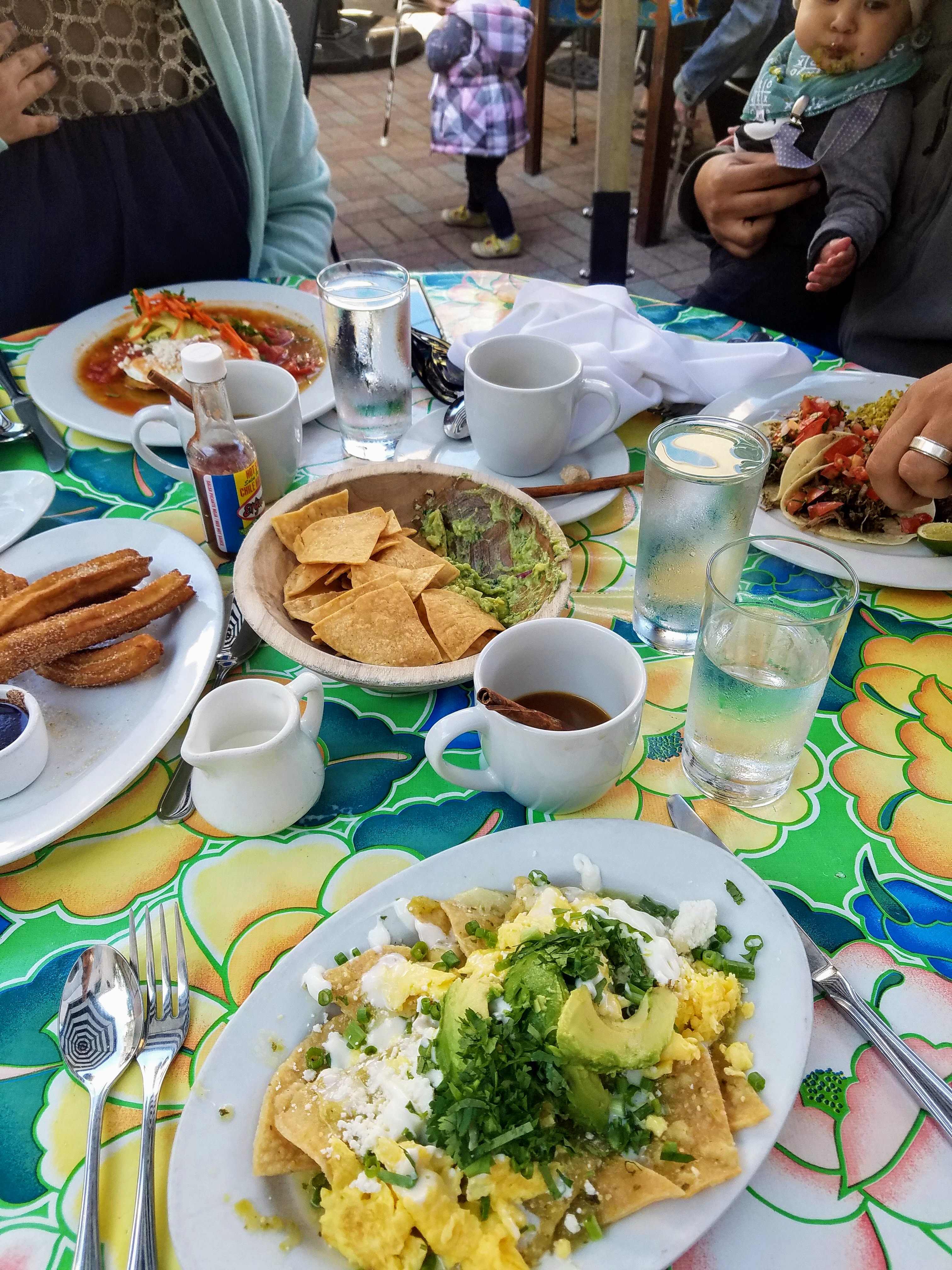 After a successful panel presentation where I presented some of my work on media representation of Korean adoptees as seen via Twinsters, aka Seoul, and Adam Crapser’s deportation proceedings, I Lyfted over to meet Kati and her family for brunch at Doña Tomás. I LOVED this restaurant. Along with Chez Panisse, if I find myself in Oakland in the future, I will definitely have to come here again.

I had immediate good feels about the restaurant even as I was standing outside waiting for Kati. The restaurant’s exterior, including the lettering of the restaurant’s name and many front windows giving me a view inside the dining area, led me to believe that once we were seated inside there would be the same attention to detail to our meals.

We grabbed a table outside on the vibrant, enclosed, garden style patio. It was almost perfectly warm, just a touch of chill in the air, but the patio was full. Everyone was taking advantage of the sunny day.

As we waited for our waitress Kati recommended the Cafe de Olla – coffee with piloncillo-canela syrup and a cinnamon stick. Kati’s husband arrived right in time for all three of us to order a cup of coffee. It seemed necessary to also order Churros as an accompaniment. And I was happy we did – the Churros were so nice and crisp on the outside, slightly chewy on the inside, and the chocolate dipping sauce was decadent. A perfect balance to the Cafe de Olla.

Our entrees arrived – Tacos Carnitas, Huevos Rancheros, and Chilaquiles Verde. Everything looked so tasty and colorful. We also had an order of Guacamole for the baby, Romero, who graciously shared with us. The Guacamole was so yummy. I’m happy that I decided to order the Chilaquiles Verde. They were delicious! In fact, everything was amazing. I wish I had more time to try more things. As Kati told me, we are comelón – people who love to eat! And, it’s true.

After a leisurely brunch, it was time to head to the airport. But, I wasn’t headed back home yet. One of my besties was celebrating her birthday and I had promised her I would join in on the festivities, which included a day long winery tour. So I left Oakland, the adoption conferences, and the beautiful Bay Area weather for more fun times with friends in the chilly Midwest.