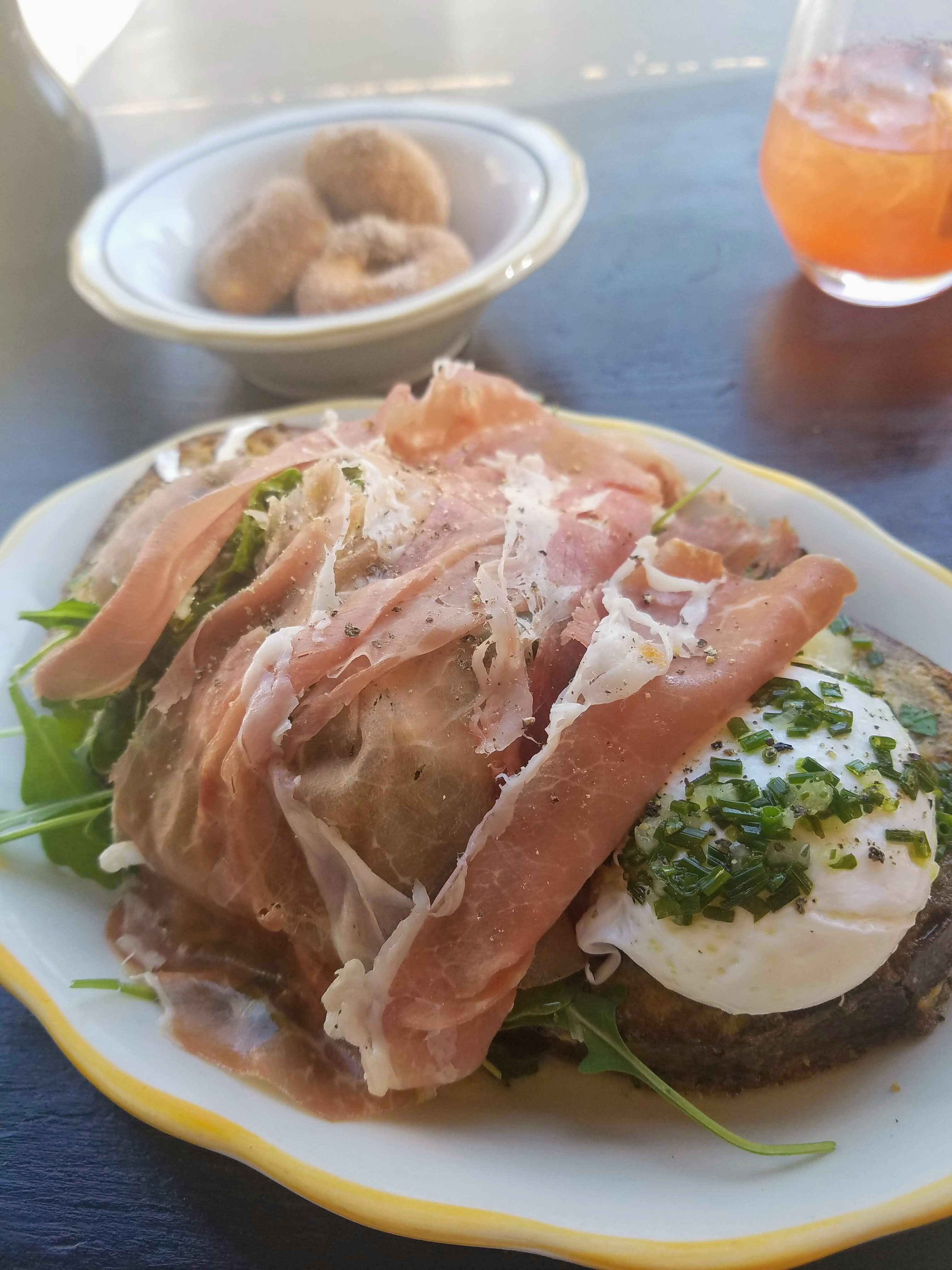 Part of the reason I was enticed by Grand Lake Kitchen was the restaurant’s design and decor – a two story restaurant with a long bar and lots of fresh greenery. When I arrived around lunchtime, it was packed. But I was quickly seated outside on the patio. I thought about grabbing a seat at the bar, but sitting outside gave me opportunity to enjoy the beautiful weather (especially since I would be heading to cold Chicago the next day).

Grand Lake Kitchen’s patio (and inside seating) is the kind where you’re basically sitting with whoever is next to you. In general, I don’t mind it and since I was dining alone, listening to other people’s conversations entertained me as I waited for my order.

True to the Bay Area, the people seated next to me had a small dog. Its owner had to order a turkey sandwich so that the dog could have a snack. The side eye the server gave her when she asked for a plate was priceless.

I, on the other hand, did not order a turkey sandwich. Instead, I had the Savory French Toast with prosciutto. I had seen so many delicious photos of the entree that I had to try it. Unfortunately, my poached eggs were slightly under – the whites were still runny – and the French toast was very greasy. The plate was covered in oil. Disappointing indeed. However, the redeeming qualities were that my Petaluma Poppy cocktail – bubbles, grapefruit, Aperol – was very strong and the pickled veggies were perfect. The cinnamon sugar donuts were also a yummy treat. Nothing spectacular but just good cinnamon sugar donuts.

After my next table neighbors received their orders, I was overcome with food envy. I should have gotten the Farmers Toast – Sliced avocado, farmer’s cheese, spicy pickled vegetables, two poached eggs, on toasted levain. It looked amazing and the pickled veggies were so good plus I love avocado.

I would definitely go back to Grand Lake Kitchen. There were a few other menu items that I wanted to try, namely the baked eggs, matzoh ball soup, and smoked fish tower. Maybe next time.