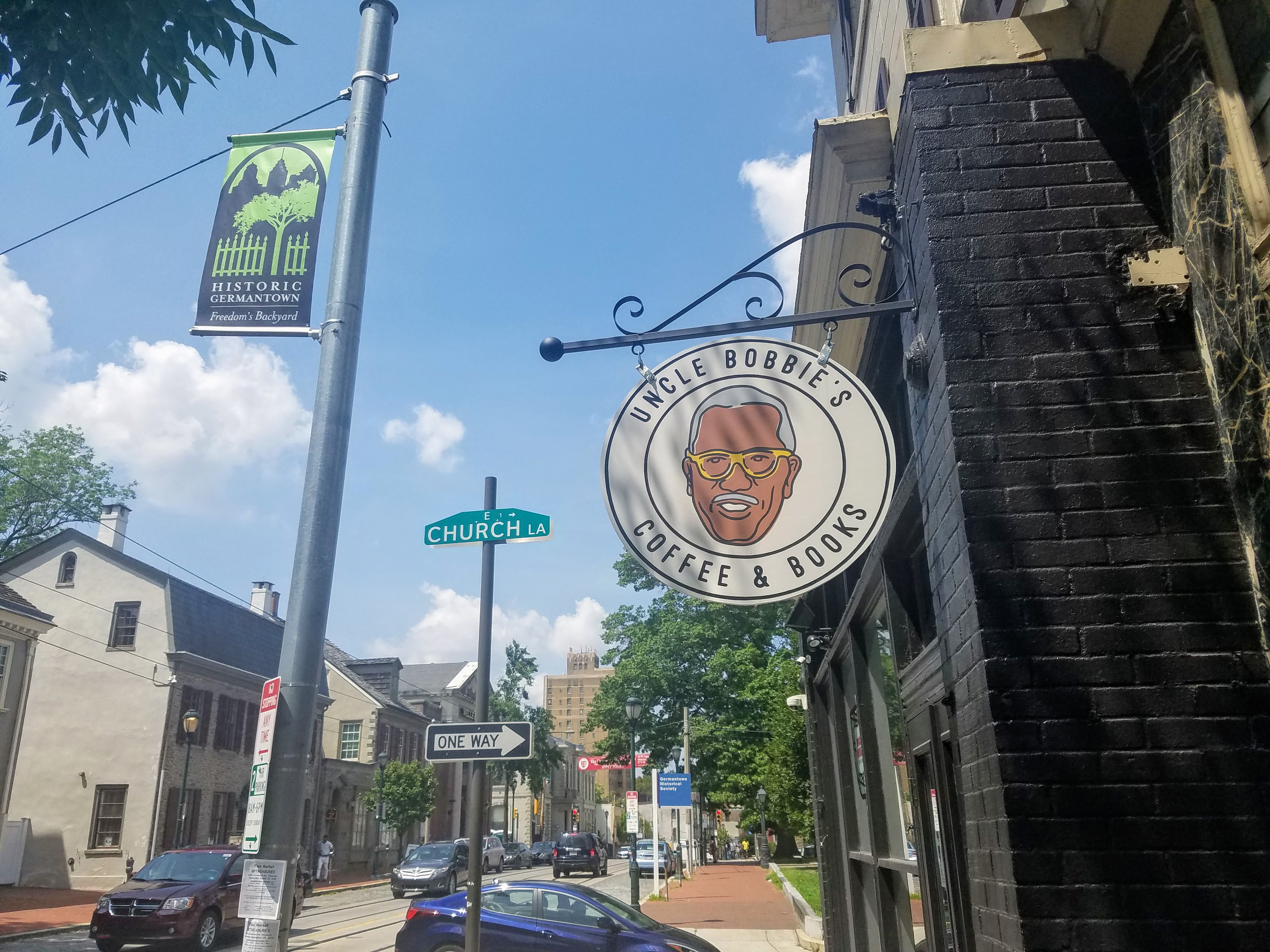 I cannot believe that ASA was three weeks ago! Where does the time go?

In this case, I actually know – a move back home, orientation for my first tenure track job, and the beginning of a new semester. Whew!  A LOT has happened between ASA and today.

In preparation for ASA in Philadelphia, which oddly seems like both a long time ago and not that long ago, I compiled a list of yummy destinations.

Sadly, I did not get to visit most of them, but a girl can dream. However, I did enjoy several delicious meals.

When we arrived in Philly, my bf and I headed straight to the Sonesta Hotel where the Association of Black Sociologists’ meeting was taking place. My bf had a panel presentation where he was presenting his research on social media, activism, and Black Lives Matter, entitled “#WeGoneBeAlright: The Role of Emancipatory Hope in Social Movement Continuity.” Afterwards, it was time for lunch. Well, really we had been hungry ever since getting off of the train up from DC but now we finally had an opportunity to eat.

Originally, we made our way to dizengoff but we were way hungrier than hummus, so we walked aimlessly until we found The Foodery at Rittenhouse. Though not on my list, the menu sounded filling with its deli sandwiches and veggie hoagies, and the row of coolers of beers and sparkling ciders were enticing.

The cheese fries were not as cheesy as I hoped for but the sandwiches were on point. Meats, veggies, and cheese overflowed from freshly baked hoagie rolls. Ice cold sparkling ciders quenched our thirst from the sunny walk from the conference hotel. We were all very satisfied with our meals.

The next day my bff Aisha and I had a girls day out exploring Philly. We started our journey at High Street on Market. I had one of the best breakfast sandwiches ever: the forager, king oyster mushrooms, braised kale, a farm egg, and Swiss with black trumpet mayo. I wish I could have had that every morning I was in Philly. Actually, I wish I could have that right now.

Next we grabbed a Lyft and made our way to Uncle Bobbie’s Coffee & Books. A spacious and inviting bookstore and cafe, Uncle Bobbie’s has all of your essential reads spanning children’s books to adult fiction, politics, history, and yes, books written by sociologists. I had already reached my coffee limit for the day (the coffee at High Street was quite good), so unfortunately I was not able to enjoy the La Colombe coffee at Uncle Bobbie’s. But we did enjoy lounging in the space and perusing the shelves.

From there we headed to Franklin’s Ice Cream Bar. I absolutely loved Franklin’s! Here you can customize your own dipped ice cream bar. You pick your ice cream flavor, type of chocolate to have it dipped in, and up to three toppings. It was the perfect ice cream to topping ratio and ideal ice cream bar size. Enough to be satisfying but not so much to be overwhelming. I had black raspberry ice cream dipped in dark chocolate and covered in pistachios (my latest obsession).

Other food standouts from the Philly trip were Nan Zhou Hand Drawn Noodle House. My bf and I were “forced” to eat here after our first choice for that meal, Terakawa, was closed due to a power outage. We did eventually get to Terakawa – which was my #1 Philly favorite this trip. (You can read more about Terakawa here.)

Nan Zhou was amazing. We each ordered our own noodle dish. Once the piled-high plates arrived we thought, “we could have shared.” But, no, we could not have as we each ate pretty much our entire dishes. It was that good but also deceptively light. We really should have visited Nan Zhou one more time before we left.

One place that I did frequent was Kamal’s Middle Eastern Specialities in Reading Terminal. I do enjoy a good falafel and Kamal’s had fast service, tasty falafel, and fresh smoothies. I had a juice concoction that changed my life (and set my chest on fire) – honey, cayenne, lemon juice, and ginger. Kamal’s was also the best spot to grab lunch on a busy Saturday afternoon when folks were lined up, down, and around Reading Terminal.

In addition to all of our conferencing (yes, we did conference in between all this deliciousness), we also went to Trombone Shorty’s Voodoo Threauxdown, a high energy New Orleans jazz concert that featured multiple opening acts, some established and others up and coming. It was so much fun! But, if you know me, then you’ll know I truly dislike standing room only concerts (and especially standing room only concerts that are outdoors). So, I definitely had to find refuge on the amphitheater stairs by the time Trombone Shorty took the stage.

After a couple hours of dancing and sweating in the Philly heat (why is it so hot in Philadelphia?!), we made our way back to our hotel. But of course we were hungry! Dancing, sweating, heat = major hunger pangs. There’s only thing that can satisfy your hunger feels after all of that – pizza! I remembered that a friend recommended Lorenzo and Sons jumbo slices. So we grabbed a Lyft and headed to the closest location. It’s cash only so be prepared. But it was so worth it. Unlike some big slice pizza places whose only gimmick is that it’s a big slice, Lorenzo’s was perfectly cheesy, saucey (I have to have adequate sauce), and flavorful. Plus, the dough to cheese to sauce ratio was on point.

Finally, I previously said that Beiler’s Donuts in Reading Terminal is one of the best donuts I’ve ever had. After more data points (i.e., I tried more of their donuts), I have to rescind that designation. In fact, Beiler’s is not even one of my favorites, let alone one of the best. Harsh, I know, but it’s true. I was initially impressed by how moist their yeast donuts were but after having a few more I realized that, as someone commented to me, they were a little too doughy.

All in all, it was another successful ASA and a very delicious week in Philadelphia. Hope you can check out some of the places we did and many of those we didn’t have time to fit in!

And look: Me and my co-author Devon’s book – Diversity in Black Greek-Letter Organizations: Breaking the Line – was on display at the Routledge booth.