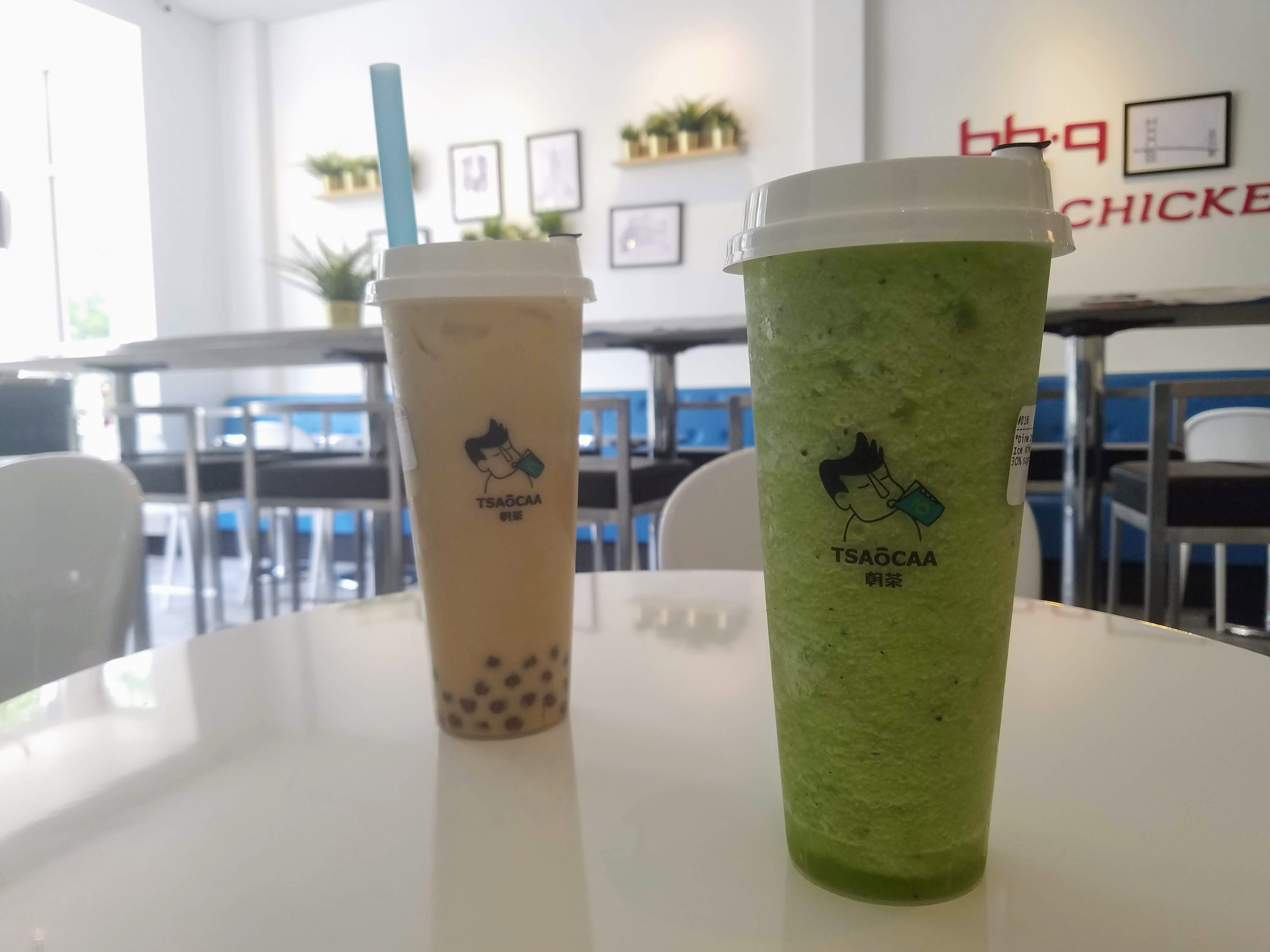 Over the past few years, College Park has seen the addition of several new restaurants, like my favorite Northwest Chinese Food and the soon to open Cava (I loveeeee Cava and am so sad it wasn’t opened sooner!). A few months ago Ten Asian Food Hall joined the new businesses along Route 1.

The name food hall is bit of a misnomer as there are not multiple booths or restaurants inside the space. Ten Asian Food Hall does, however, sell an assortment of poké bowls with the option to customize your own ,as well as Korean fried chicken, other Korean staples, like bibimbap, and Tsaocaa tea.

Luckily, the first time we went there was no one in line. That gave us the opportunity to take it all in. Ultimately, my bf and I each opted for one of the signature bowls. He had the Honolulu Special – salmon, cucumber, edamame, scallions, red onion, mango, crispy, onion and sriracha, and I chose the Hawaiian Classic – ahi tuna, green and sweet onion, seaweed, cucumber, and classic sauce. We each also ordered a tea. Honey black tea for him, and Kiwi tea for me with less sugar.

After a few minutes our teas were ready. First of all, they were super cute and colorful. Secondly, they were so delicious. It was exactly what we needed after being out in the summer heat.

After an inordinate amount of time, about 20 minutes, our poké bowls were finally ready. Like the teas, each bowl was full of color and looked appetizing. But we quickly found that our bowls were not as delicious as they appeared. They were drenched in sauce. I should have taken a picture to show exactly how much of my bowl was simply sauce. There was so much to the point that I couldn’t eat most of the rice because it was inundated with the super sweet classic sauce. Likewise my bf found the sriracha overwhelming (and this from the person who likes to overload on sriracha).

I would definitely return for the tea but there are other foods options nearby that are tastier and faster. Hopefully, the slow service was simply due to their recent-ish opening, otherwise if Ten Asian Food Hall doesn’t speed up the process, they will not be able to handle the student demand when the semester starts.