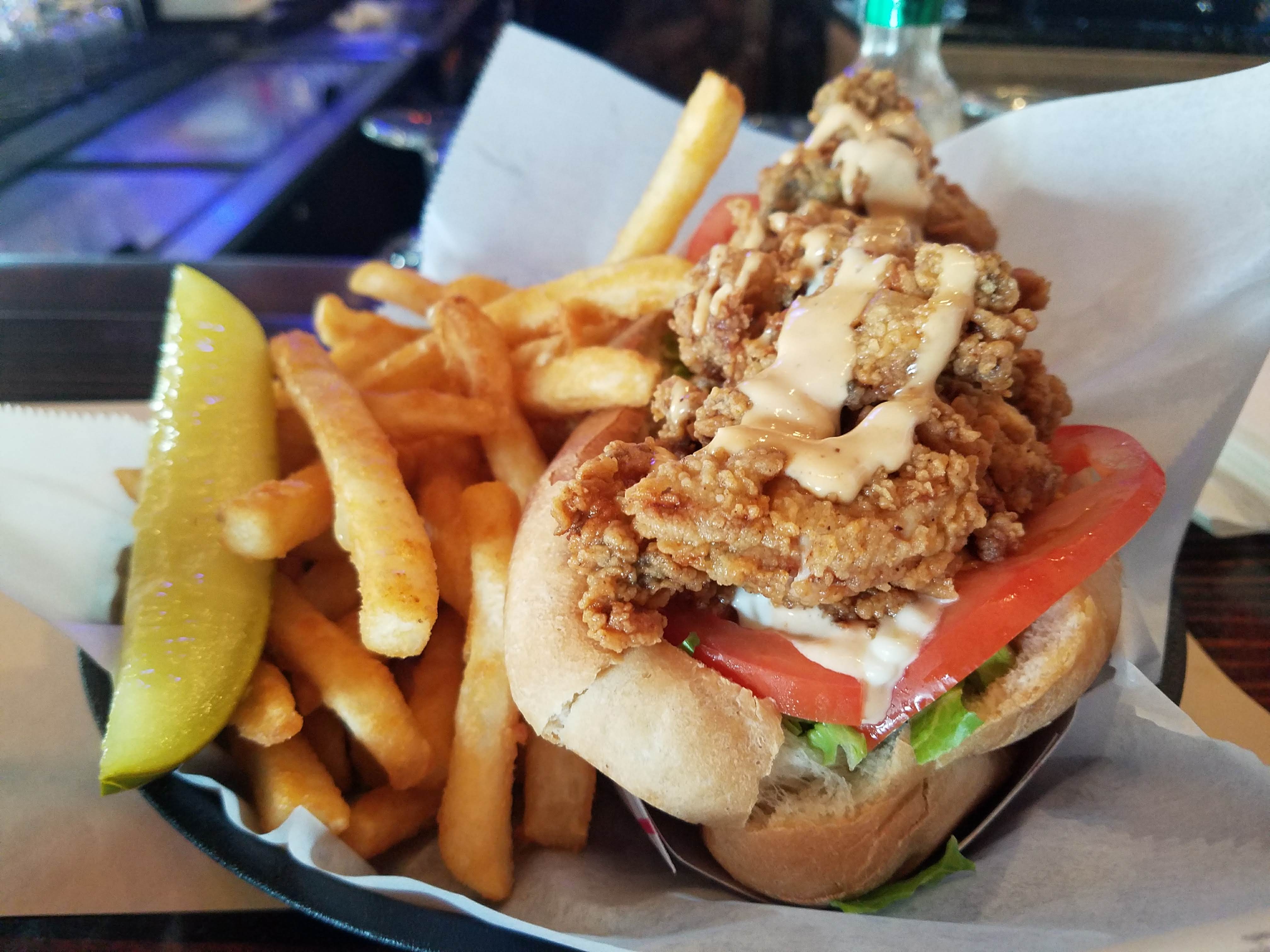 The first time I went to Hook & Reel was shortly after it opened. My boyfriend and I were in the area and our favorite Woodmore Center restaurant had closed (RIP: KBQ BBQ). We were hungry, Hook & Reel was there, so we decided to give it a try. We were the only customers in the restaurant. The bartender, who we later found out was the manager helping develop the menu and train servers, was very helpful and friendly. Sidebar: this is the same guy who helped turn Kabu Japanese Steakhouse & Sushi around. I don’t remember what we ordered but that was over a year ago, and we hadn’t been back since until…

Last week we were back in the area for our friends’ son’s Kindergarten graduation. Y’all this graduation was almost as long as my college graduation last month – but wayyyy cuter and more entertaining. At any rate, after an hour and a half of songs and dance, we were hungry. We ended up at Hook & Reel.

We again took a seat at the bar. There were only two other sets of customers, both of which were seated in booths enjoying combo buckets of seafood, potatoes, and corn. We didn’t feel like doing that much work (and we were skeptical about the freshness of the crawfish though Hook & Reel also has crabs, clams, mussels, shrimp, and lobster that can be prepared with a selection of seasonings and sauces), so we ordered some less labor intensive entrées. My boyfriend ordered the oyster po’boy with regular fries and I the fried shrimp with sweet potato fries.

Our freshly made meals arrived quickly. The sweet potato fries lacked flavor but the regular fries were pretty tasty (though they needed salt). My boyfriend loved the po’boy and indeed it looked delicious. The fried shrimp was also very good.

Would I return? Possibly. But not proactively.