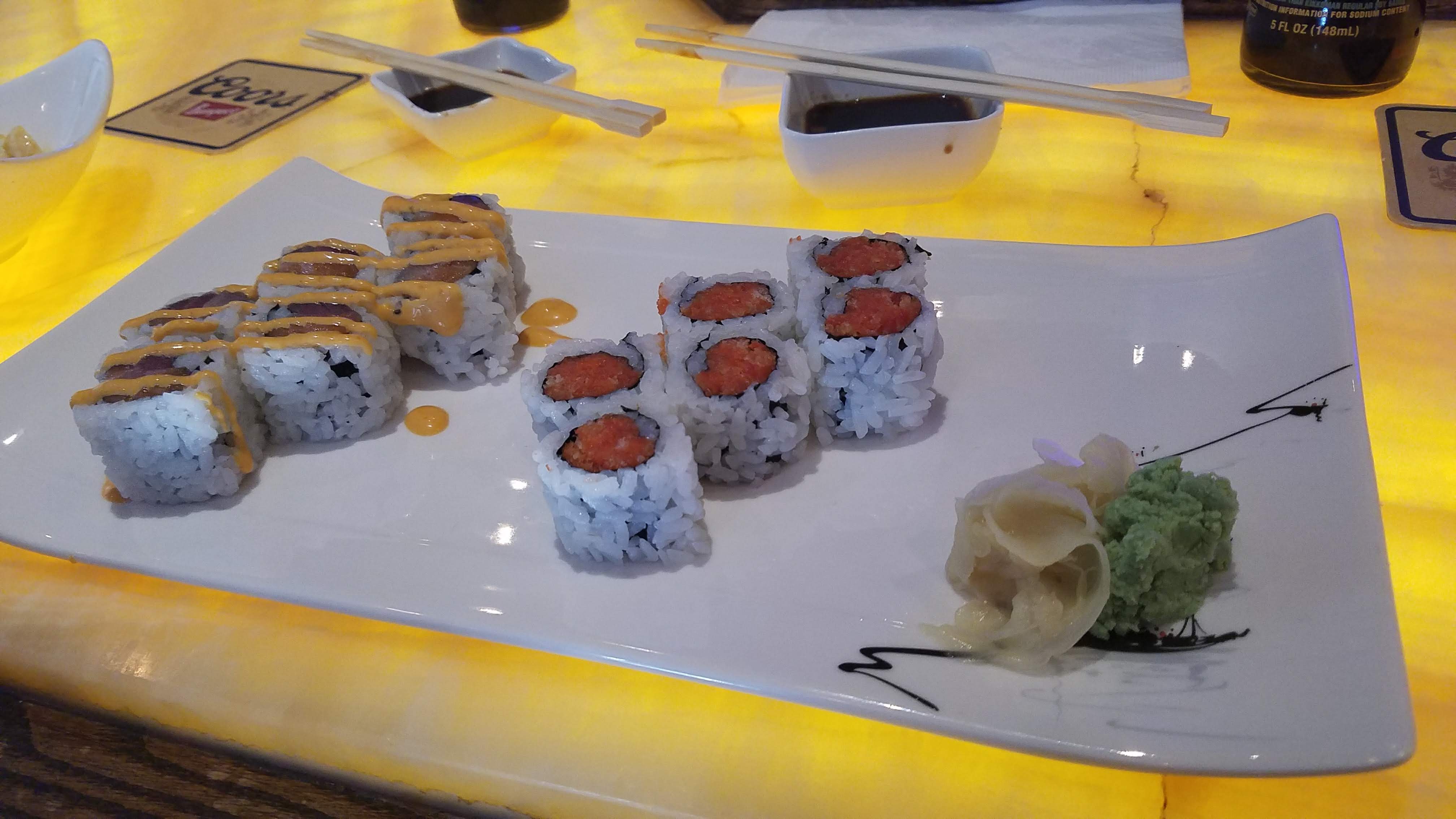 I’m not exactly sure when it happened, as we had sworn off returning, but Kabu Japanese Steakhouse & Sushi is under new management. Or, if not completely under new management, has hired some help to improve their food and drinks. I didn’t believe it at first. A friend of mine mentioned that she and her boyfriend often go to Kabu for their happy hour and really enjoy it. All I could think was: How?

Since Kabu is right around the corner, my boyfriend and I had frequented there quite often. But, it seemed like the quality of the food was declining with every visit. And, even though its location made it hard to give up, I would much rather drive to Silver Spring for sushi and hibachi that was actually tasty. At that time, maybe a year ago, Kabu’s sushi was sub-par and their hibachi tasted like what you would expect from a cheap carryout counter. Definitely not worth it.

As it would so happen, for graduation some friends and I went to the Laurel movie theatre and wanted to grab dinner after. Someone selected Kabu. Who was I to complain?

We sat at the hibachi table and ordered the Ocean Roll (tuna and salmon). I was truly surprised when a beautiful roll appeared and then even more surprised with its clean and full flavor. The hibachi was much improved as well. Gone were the greasy noodles and the overcooked shrimp appetizer (and entrées for that matter).

The next week, my boyfriend and I were in Laurel, hungry, and around happy hour time. So we decided to go to Kabu. I told him how pleasantly surprised I had been the week before. We started with an Alaska Roll (salmon, tuna, yellow tail) and Ocean Roll, and then quickly followed up with another Alaska Roll and Spicy Tuna.  The difference in quality was visible and, of course, in the taste.

We promised ourselves to return soon. If you visited Kabu previously and weren’t impressed, I think now is the time to give it another try. The happy hour specials cannot be beat – half off rolls and select appetizers as well as drink specials.