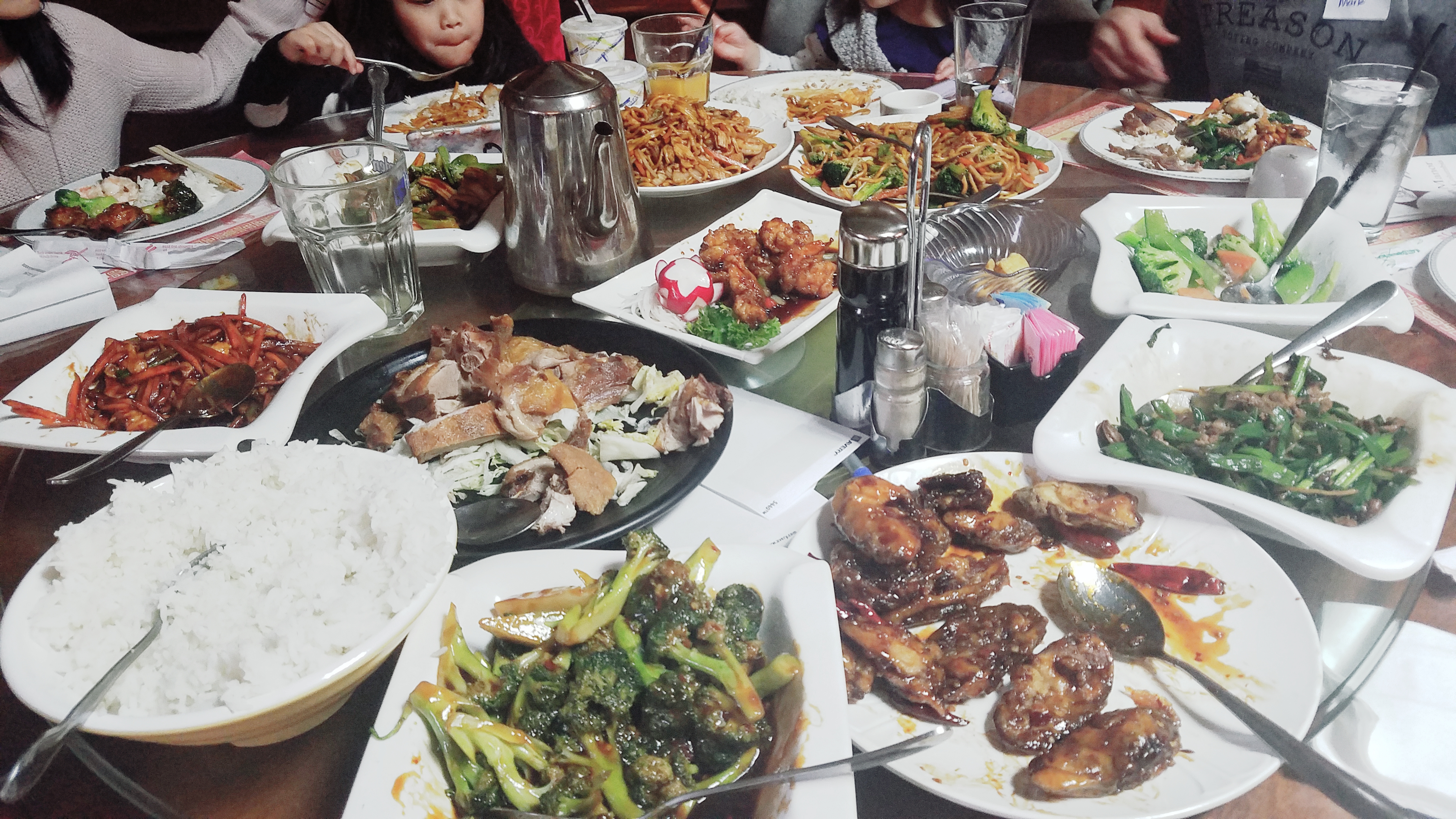 In celebration of the Lunar New Year, Adoption Links DC, a local international adult adoptee organization, gathered at Hunan Manor Restaurant to share in a Chinese feast. I have seen Hunan Manor several times before (my favorite Indian restaurant, House of India, is right around the corner and I’ve often studied at the Starbucks across the street), but this was my first time actually eating there. Actually, it’s pretty hard not to see Hunan Manor – atop a slight knoll the sprawling red building with its state and U.S. flags cannot be missed. My boyfriend once joked that it looks like a misplaced embassy.

Once inside the doors, Hunan Manor’s warm interior welcomes you with the calming sounds of a fountain in the lobby, foliage hanging from the walls, and tantalizing smells hinting at the food that awaits. This is not your everyday neighborhood carryout.

Past the lobby’s fountain, a large dining room with massive fishtanks is eager to seat guests, but for our Lunar New Year gathering we were seated in the private dining room directly off of the main entrance. We were ushered to two large round tables, each with seating for 10, crowned with a lazy susan perfect for sharing our menu selections.

After being presented with hot tea, we were left to make our dining choices. So many options! We eventually settled on pan-fried dumplings, hot & sour soup (my favorite), fried eggplant (sweet and with breading enough to mirror a doughnut), imperial shrimp (garlickly pan-fried shrimp with veggies), chang cha shrimp (breaded, deep-fried, and coated with a sweet and slightly spicy sauce), szechuan shredded beef, duck, vegetarian lo mein, combination lo mein, and broccoli in brown sauce. Before long, dishes began filing out from the kitchen, quickly taking up every possible space on our table. The lazy susan spun around as we all helped ourselves to the seemingly endless offerings.

Even after all 10 of us filled our plates, the still-full dishes taunted us. In the end, there was enough that several folks took home a tasty snack for later. With the many entrees we ordered, you might think the bill was astronomical but in fact it ended up only being $20 per person, an absolute steal!