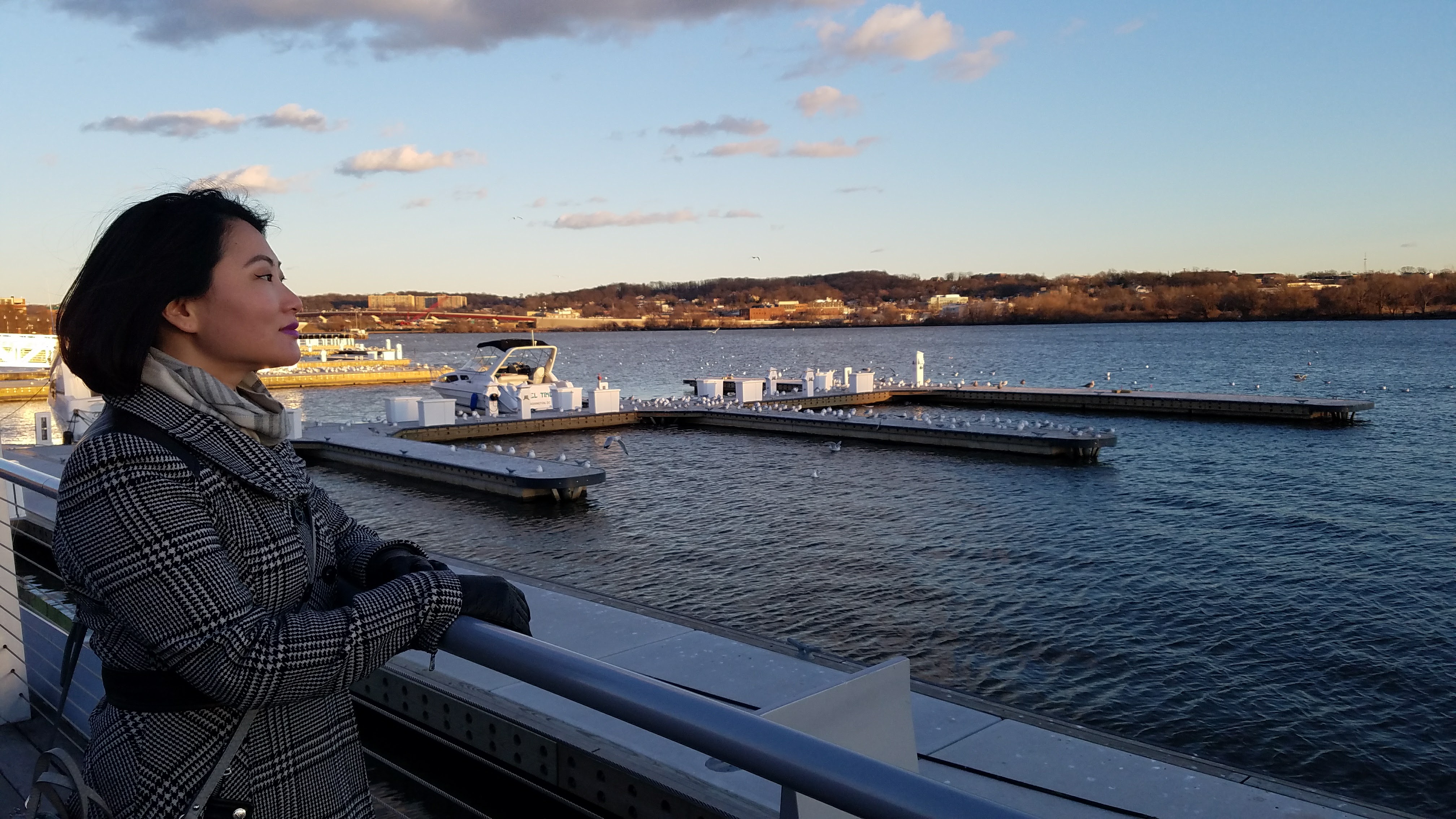 Last year for my birthday, my boyfriend and I took in the beautiful views of the Anacostia from the Navy Yard’s Osteria Morini.

An Italian restaurant by New York restaurateur Michael White, Osteria Morini is what your pasta dreams are made of. House-made pastas that are always served perfectly al dente usher in decadent sauces, cheeses, and meats.

Given my love of pastas and hopes that spring was right around the corner, when it was time for the brunch crew to make plans for its next yummy gathering, I suggested Osteria Morini. Spring was, in fact, not right around the corner. Instead, there were still some lingering remnants of a late snow when we trekked to the Navy Yard.

Upon entering Osteria Morini, we were welcomed by the bustling brunch buzz. We were quick to join in as we discussed our brunch options. A warm bread basket was a no brainer – chocolate croissant, cinnamon roll, scone, and banana nut muffin. Since there were four of us, it was a perfect selection. Each of us was completely smitten with our choice. Not one to typically love a banana muffin, I was completely taken by this one to the point that I would have happily taken one to go. (In fact, I kinda wish I had one right now.)

In addition to their amazing lunch specials and pasta nights, Osteria Morini offers two-course and three-course brunch specials. How could you say no? Each of us opted for the two-course brunch special – an appetizer and entrée. Since I was pre-celebrating (my dissertation defense was the next day), I added a mimosa as well. For my appetizer, I selected the uovo al tartufo – a poached egg, truffle fonduta, caramelized onions, and crispy brussels sprouts. Basically all of my favorite things.

You should know by now that I have a love/hate relationship with poached eggs. I do love them. But, they don’t love me. Or, maybe it’s that I’m a poached egg snob. No, that’s not it. The thing is, poached eggs should have a runny yolk but firm whites. Yet, more often than not, I get runny yolk and runny whites. Yuck. To send them back would be a fool’s errand, so I suffer in silence and utter disappointment. Such was the case on this day. Poorly poached egg aside, the flavors of this dish were amazing (would have been amazing?). If you’re not picky about your egg whites, then you should try it.

Entrées included gnocchi (pictured below), crispy eggplant panini, ricotta pancakes (also pictured below), and bucatini nero. The ricotta pancakes (also highly recommended by our server) were pancake perfection – fragrant, fluffy, and golden. The gnocchi quickly disappeared, attesting to its deliciousness. And, I was immensely pleased with the bucatini nero. The inclusion of bomba calabrese is what sealed the deal for me as it added the right amount of zestiness.