Beale Street Dynasty: Sex, Song, and the Struggle for the Soul of Memphis 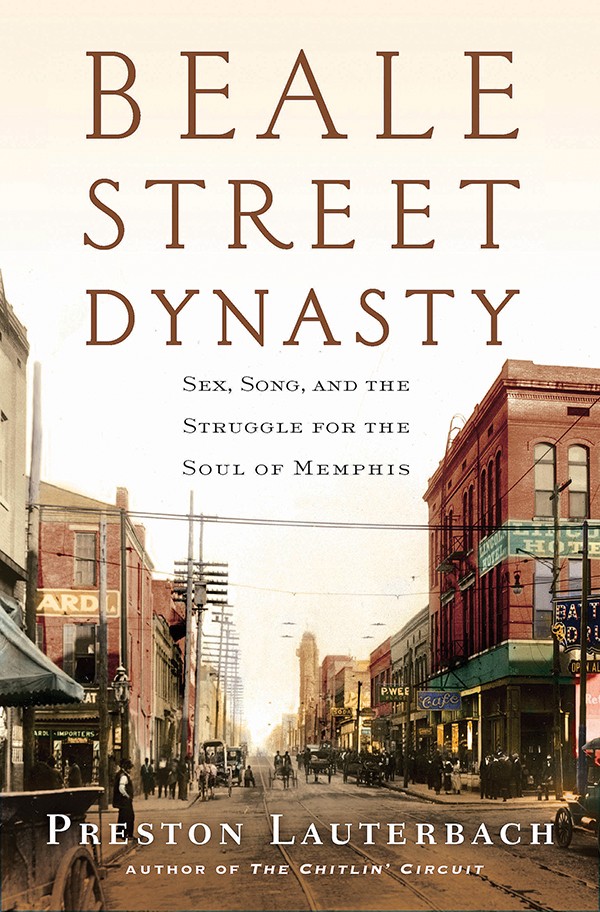 Beale Street Dynasty: Sex, Song, and the Struggle for the Soul of Memphis has been on my “To Read” list for a while. I enjoy learning about my hometown’s history and with a future project on Memphis nightlife I figured this book was an essential read. A couple months ago I checked it out from my school library but hadn’t opened it (I had been too consumed by all of the excellent fiction I was reading). With the due date looming, however, I finally started reading.

The first couple chapters were a little rocky, but once I got settled in to Lauterbach’s writing style, I was hooked. Beale Street Dynasty provides a rich and important history that everyone I’ve talked to in the last couple weeks has had to hear about. Instead of breezing through the pages, I slowed down to digest every chapter. I haven’t been this invigorated by a book in quite a while. Beale Street Dynasty  reminded me of why I fell in love with sociology (not that Lauterbach’s book is necessarily a sociological analysis but it still does all of the things that sociology initially did) – answers questions about the world we live in, demonstrates how the past affects today, and the shows the power of committed individuals in creating social change.

As the name suggests, Beale Street Dynasty tells the history of one of Memphis’ most famous and central streets and the man who not only created it but also saved the city of Memphis – Robert Reed Church, Sr. The son of a slave master and enslaved woman, Church, Sr. would later become the South’s first Black millionaire. After Memphis’ population was decimated from the 1878 Yellow Fever epidemic and Memphis relinquished the city’s charter, Church, Sr. bought the first bond to help the city pay off its debt. His belief in the city led the other remaining citizens to follow suit and Memphis was saved from extinction.

Sadly, prior to reading Beale Street Dynasty  those were the only facts I knew about Church, Sr. Given his role in Memphis history, you would think that having grown up in Memphis I would  have known more, that somewhere along the way in my public school education spanning six different schools someone would have enlightened me and my classmates about this pivotal figure.

With my limited knowledge about Church, Sr. you can imagine how amazed I was by everything within Beale Street Dynasty (this is why I had to savor this book). Church, Sr. was able to create an – at the time – unprecedented space of leisure, grandeur, and yes, vice, catered towards Black Americans, one whose allure was known by people throughout the South, both Black and white. That in itself is important but what is more crucial is Church, Sr.’s role in civil rights and building Black political power that not only affected Memphis but the entire U.S.

For example, in 1862 Church, Sr. applied for a permit to open a billiard hall. His permit was denied. Church, Sr. opened his business anyway. He was arrested and went to trial in 1866. His lawyer cited he was unfairly treated due to the color of his skin, a direct violation of the recent Civil Rights Bill. The court ruled in Church, Sr.’s favor. “The earliest documented enforcement of the hated Civil Rights Bills in Tennessee and perhaps anywhere” (p. 16), this ruling further fueled white anger. In retaliation, white Memphians – police and everyday folk – rampaged the Black community, killing, raping, and robbing Black citizens and burning schools, churches, and Church, Sr.’s billiard hall.

Church, Sr. would go on to rebuild not only one billiard hall but multiple billiard halls, brothels, and other businesses all of which were on or around Beale Street. Through his business ventures, Church, Sr. amassed wealth and connections with the city’s underworld and political elite (which were intricately intertwined). In his later years, he began considering the legacy he was leaving for his son as well as Memphis’ Black community – this may have been in part due to Ida B. Wells’ newspaper articles admonishing “leaders” who did not address their “people’s poverty and misery” (p. 74) . As a result, he became much more philanthropic, including constructing Church Park and Auditorium, “his resort for the colored people” (p. 121), and became president of Memphis’ first Black bank, the Solvent Savings Bank and Trust Company.

When he died in 1912, his son, Church, Jr. inherited his businesses, however Church, Jr. was much more focused expressly on Black political uplift. He created a proactive voter registration and education drive, organizing his efforts and leadership under the name the “Lincoln League.” The Lincoln League went door to door registering and educating Black voters, offered voting classes where voters could practice filling out ballots, and would pay the poll tax for those who wanted to vote but were burdened by the cost.  The Lincoln League may have started in Memphis but expanded to include chapters from New Orleans to Chicago. As such, Lincoln Leagues had an eye on both local and national politics. The power of the Lincoln Leagues’ organized vote would not go unnoticed. Local, state, and national political hopefuls called upon Church, Jr. to secure the Black vote.

Church, Jr.’s political involvement was matched by his half-sister’s. Mary Church Terrell was heavily involved in women’s suffrage, served on the D.C. Board of Education, was one of two Black women who contributed to founding the National Association for the Advancement of Colored People (the other being Ida B. Wells), and helped create the National Association of Colored Women.

While Beale Street Dynasty focuses primarily on Robert R. Church, Sr. and his heir, it could not be told without including information about the Memphis police force (how it was created, by whom, for what purposes, as well as police brutality and the relationship between police and politicians), Memphis music including W.C. Handy as well as a slew of other musicians, and the role of Black women in civil rights notably Ida B. Wells and Mary Church Terrell, and the ethnic makeup of Memphis. Though these areas were covered only inasmuch as they were necessary to the story Lauterbach was telling about Church, Sr., it did make me curious to learn more. I was especially intrigued about the history of Chinese people in Memphis even though it was only mentioned in one passing line.

In the end, I wanted to know more – more about Memphis’ early years and more about Church, Sr. and his children. That the Church family’s legacy is not at the forefront of Memphis is part of a long history of suppression of Church, Sr. specifically but also Black organizing more broadly. Lauterbach’s book is a compelling corrective.

PAIR IT WITH a Prohibition-era drink like a Sidecar: Cognac, Cointreau, fresh lemon juice over crushed ice, and a sugar rim.