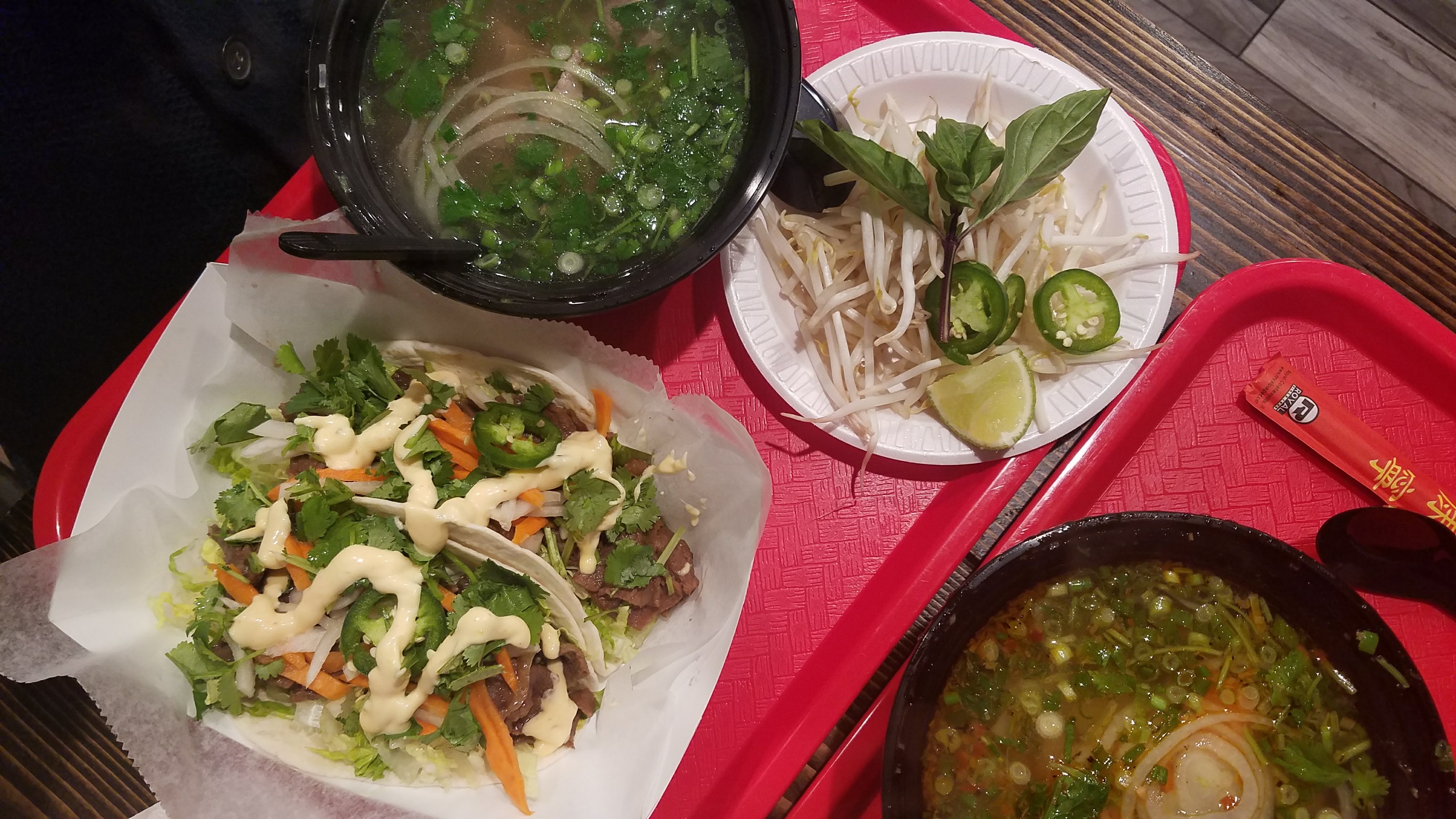 On a recent Baltimore stay-cation, I was browsing for nearby restaurants and found The Red Boat. An Asian fusion restaurant (in walking distance of my hotel), The Red Boat serves a mix of rolls, sandwiches, and pho. What sold me though was their hotdogs and tacos.

So we made the trek to The Red Boat. The menu was quite extensive and even with my head start – having seen the menu when I made this dining decision – narrowing my choices down was a feat. I decided on tom yum pho with shrimp. Tom yum is one of my favorite soups, and I couldn’t pass up the chance having it pho style. My boyfriend surprised me by not getting the K-town dog – 1/4 pound Beef frank with diced kimchi, chopped marinated Korean bulgogi beef, and toasted seaweed – and instead getting the rare eye round pho and Korean bulgogi tacos. Our meals were made complete with theeee best Vietnamese iced coffee I’ve ever had and a Thai tea (my boyfriend’s must-have beverage at any Thai restaurant).

We found a seat and waited for our number to flash across the illuminated board. Before we knew it though, someone was bringing out an overloaded tray with our selections. The phos smelled amazing and the tacos, the tacos looked absolutely delectable. Since the pho was quite hot, I started with a taco. Bulgogi, pickled carrots, daikon, lettuce, and jalapeños drizzled with the special sauce could not be contained by the flour tortilla. I made quite a delicious mess.

After wrestling with the bulgogi taco, it was time to try my pho. It was pure perfection! The tom yum was spicy, tart, and with some added lime – because you just cannot have enough lime – I was hooked. It was so delicious that by the end there was barely a drop left.

I took the rest of my iced coffee to fuel our trek back to Hotel RL and then immediately fell into a food coma.